The health-junkies guide to E. coli in water

When you think of clean water, do you imagine a great tasting, refreshing, cool, color-less liquid?

E. coli is a fecal coliform bacteria. At dangerous levels it can pose a health hazard. Some strains of E.coli are dangerous (ie: 0157:H7) because they produce a powerful toxin that causes severe illness and might lead to death.

However, it also exists naturally in the lower intestines of animals and humans and is beneficial for gut health and aids digestion. 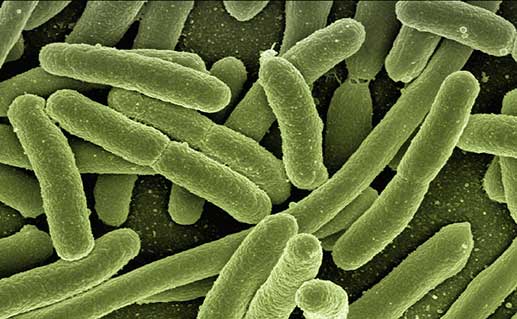 E. coli can be present as a contaminant in water and food.

The news is where most of us first know about E. coli in water

E. coli (Escherichia coli) is found only in guts of animals and humans and so if it reaches water it means that the water has been contaminated by animal waste.

E. coli is an organism that can live outside of its host for an extended period of time as it forms colonies that grow in dark, warm, moist environments with food.

Due to its resiliency, the presence of coliform bacteria is an indication that water might be contaminated by fecal material which will also indicate the possibility of other waterborne pathogenic diseases like typhoid fever, viral and bacterial gastroenteritis, dysentery and hepatitis A. 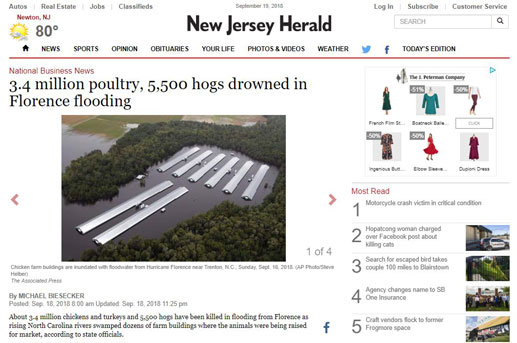 According to the Water Research Center, exposure to contaminated water and to E.coli specifically happens mostly in developing countries due to direct discharge of waste from mammals and birds, agricultural runoff, overloaded septic tanks or untreated human sewage.

In this side of the world, exposure to such contaminants are rare and might happen as a result of a water main break, runoff from roads, parking lots and yards carrying animal waste, overflow of domestic sewage or sever damage to public water systems.

Consumers are advised to boil water to prevent illness. Exposure to E. coli can also come from raw vegetables and under-cooked ground beef.

Chlorine, a disinfectant, can be used to kill E.coli and also ultraviolet light systems as UV rays kill the bacteria. As water passes through the UV light, which has a specific wavelength, these bacteria are killed in a few seconds. The advantage of UV light is that it disinfects water without the use of chemicals although it lacks residual disinfection.

You may also boil water for at least 5 minutes to reduce exposure.

This is specially true of you’re going to be outdoors 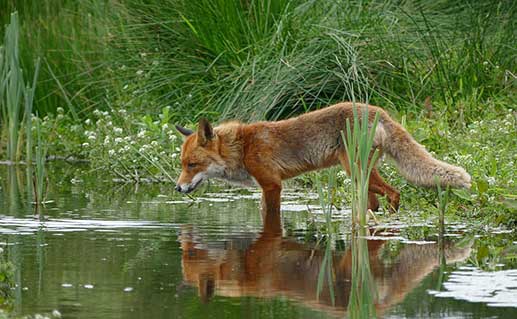 This fox, like any other wildlife, uses lakes and ponds to drink water and can also take a poop there(!) 5 minutes later, you can show up there too. Have a filter handy.

For those of you who love camping, hiking, climbing and the like, a camping water filter could become part of your gear. E. coli can be present in lakes and streams, so having a way to reliably filter water is a safety priority.

Don’t confuse them to water filter bottles. These are great for city life, but they will not have the technology to reduce bacteria and parasites present in bodies of water exposed to the elements.

One thing’s for sure, subscribe to my newsletter, below, and every month you’ll become better informed about the challenges we face with the quality of our drinking water.