But not in my water, thank you very much.

Perchlorate is a chemical used in the production of rocket fuel, fireworks, missiles, and explosives. It can also be present in fertilizers and bleach.

Where is perchlorate in water most acute?

This chemical is widespread particularly in areas where defense contracting and /or military operations and even aerospace projects are located.

The Department of Defense and NASA, for example, are big users of perchlorate. Perchlorate is both a man-made chemical but can also be found in nature. 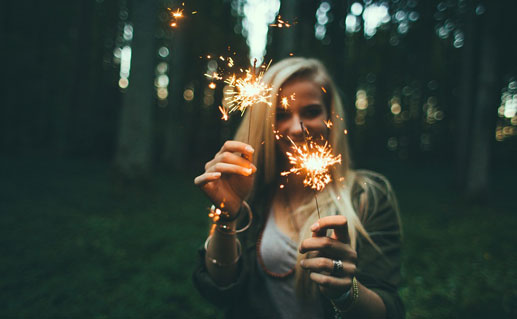 Something as innocent as these sparkly fireworks can have detrimental effects on the environment and our water if not disposed correctly. Who knew?

How does perchlorate get into water?

It is highly soluble in water and for this reason it’s pervasive in our waterways and food supply. Perchlorate is also a very stable chemical, it is found in water, soil and plants.

So, exposure is widespread, as stated in a scientific article by the National Institute of Health.

In this same article, they explain that perchlorate, as soon as it is ingested, is excreted mostly unchanged via urination. But, in lactating women however, perchlorate is taken up into breast milk as another site of excretion but is a source of exposure to breast-fed infants(!)

We have to understand that in nature everything is interconnected. If we do something in one corner it will have effects in another. (3 NBC News Las Vegas, January 24, 2015)

Perchlorate can disrupt the normal function of the thyroid gland in both children and adults.

In adults, the thyroid plays an important role in metabolism, making and storing hormones that help regulate heart rate, blood pressure, body temperature, and the rate at which food is converted into energy.

In fetuses and infants, thyroid hormones are critical for normal growth and development of the central nervous system

Perchlorate can interfere with the human body's ability to absorb iodine into the thyroid gland which is a critical element in the production of thyroid hormones.

The EPA is currently working on setting a standard for how much of this chemical can be allowed in drinking water.

California is the only state that has a standard of 6 ppb (parts per billion) since 2004.

Do you know if there’s perchlorate in your town’s water?

Subscribe to my newsletter, below, and be in the know about the issues concerning our drinking water and how they affect our health.

Read all about water filter pitchers and how they trick you into believing they purify your water. You can also learn more about bottled water and the costly mistake you’re making when buying them.

For total security that you can rely on, get a decent filter, one with a full-spectrum cartridge that removes contaminants and reduces toxins, contact us here for details.