How can PFAs in water affect your health?

Leslie scratched the Teflon because she used a metallic spoon. It was already scratched, but now the egg didn’t slide off the pan as it used to.

She had to scrape it off.

Microscopic amounts of the Teflon coating ended up in Leslie’s egg and the rest will be rinsed off and go down the drain.

However, Teflon is also used in many other household goods

PFAs, scientifically known as Per and Polyfluoroalkyl, are some of the new chemicals in the block in our water supply.

These are part of the cocktail mix we are now drinking, and a man-made chemical that our water treatment systems are not prepared to reduce much less remove. 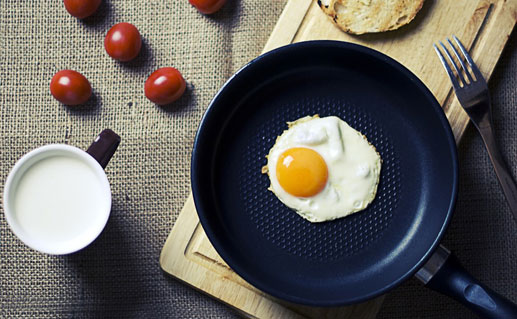 The chemicals in Teflon are highly soluble and get into our waterways.

According to the Environmental Protection Agency, PFAs are present in:

PFAs have been manufactured world-wide since the 1940s and do not break-down easily, making them a persistent presence in the environment and in the human body. They are common chemicals used in Teflon and firefighting foam.

PFAs in water are just the tip of the Teflon iceberg

Even though PFAs is the generic name for these chemicals, they come in several guises, depending on the specific compound: PFAs, PFOS and GenX, are the most common. But there are several thousand chemicals as part of the PFAs family that are polluting our water ways and environment because they are highly soluble in water.

Efforts to rectify decades of hazardous disposal of PFAs by manufacturing plants is a welcome initiative but it will take many more years to correct the harm already done.

People living near manufacturing plants and military bases are most affected by the presence of PFAs in their water but it’s widespread.

They are a great chemical to use in non-stick cookware, fast food wrappers, pizza boxes, microwave popcorn bags, water-repellent fabrics and other industrial and household applications because it repels oil and water, making the application stick-free. But, it’s highly toxic when ingested.

According to an NPR article, an additional challenge is that there are no labeling requirements for this chemical, so we don’t know for sure how and where to avoid it.

There's no denying PFAs are in our water... 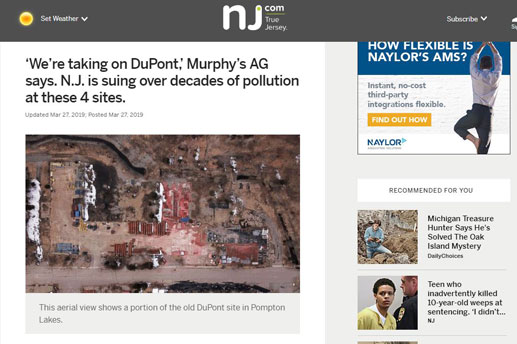 The State of New Jersey suing DuPont and Chemours over their contamination of drinking water supplies. (NJ.com. March 22, 2018)

A report by the Agency for Toxic Substances and Disease Registry (ATDR), released in 2018, showed widespread water contamination near chemical plants that manufacture PFAs and elsewhere. The level of toxicity of these substances is deemed to be higher than expected.

According to CNN, this long-awaited study was made public months after the White House warned it could be a PR disaster.

Even though PFAs are no longer manufactured in the US, they were widely used until the mid-2000s. Their ubiquity results in these chemicals migrating into air, dust, food, soil and water.

Several states have initiated lawsuits against Chemours and other the manufacturers of these products for contaminating drinking water, including the state of New Jersey.

There are thousands of personal injury claims made against DuPont and class-action lawsuits are also under way. 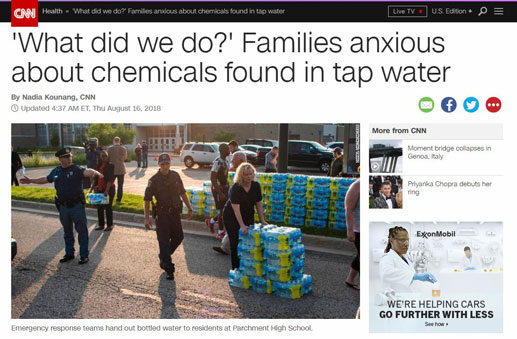 Parchment High School in Michigan with water contamination due to PFAs. (CNN, August 16, 2018).

There is evidence that long term exposure to PFAs has detrimental health outcomes such as:

PFAs are only now being taken seriously

However, PFAs are currently under regulatory process to list them as hazardous substances but no maximum contaminant levels have been issued by the EPA nor cleanup guidelines to address the problem, as stated by a journalistic article in Reuters.

Activated carbon is the best filtration system to remove chemicals such as PFAs, read more about them here.

You can also learn all about drinking water in our special 5-part section here. You’ll be one of the few to know the truth about water and the long journey it takes up to our faucets.

Reuters, US unveils plan to control some toxins in drinking water, sets no limits, www.reuters.com