If you want to sleep better, and be free of fatigue, dizziness, tingling and confusion, you might want to take a closer look at your sleep environment.

Your sleep environment starts with your bed, then your bedroom and if you further zoom out, your house.

We live in a world with a vast network of energy. Our countries, cities and towns are powered through a maze of electric cables that feed your local network of electricity that in turn powers your home. 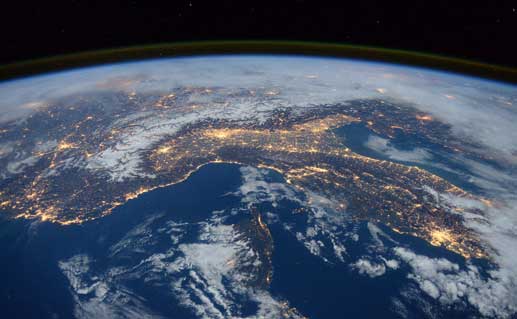 The network of lights as seen from the international space station.

Electricity, the presence and motion of electric charge, also powers all our appliances at home: our fridge, microwave, coffee pot, hot-water heater, blow-dryer, cell phones, etc. Even our electric blankets that help us have a warm winter sleep!

Energy, in the form of electricity as part of the larger electromagnetic phenomenon, is also used throughout the businesses and services we use as a community: our law-enforcement, our hospitals, our local grocery store, the Town Hall, broadcasting towers, telecommunication plants, etc.

An example of high-frequency radiation are X-rays. X-rays are a form of radiation, like light and radio waves. X-rays have enough energy (high-energy or high-frequency) to pass through your body and thus create the X-ray image we have all come to see at some point.

This is because the “effective dose”, measured in millisievert (mSv), of radiation to your body may have possible side effects.

This is because of the ionizing effect of high-frequency radiation, as these waves have enough power to move energy within atoms, thus potentially damaging cells which can in turn lead to mutations. 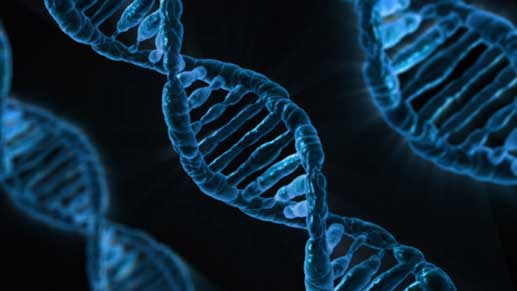 Ultraviolet (UV) rays are also high-energy radiation, and we all know what happens when we are exposed to them for too long… sunburn!

Low-frequency radiation (ELF), as opposed to high-frequency, is not powerful enough to move atoms or make them vibrate. But we are exposed to low-frequency radiation all the time, at all times: power lines, household wiring, electronic devices, refrigerators, televisions, computers, Wi-fi routers, cell phones, etc. 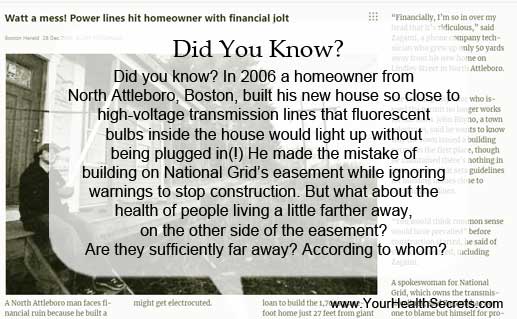 Crazy story in the Boston Herald from 2006.

Another type of EMFs are radio-frequency, and you might have it at home.

In microwave ovens this effect is used to warm up food. The heating effect of radio waves are used in our homes to cook or warm up food via the convenient and ubiquitous microwave.

According to RadiologyInfo.com, the amount of radiation from one adult chest X-ray (0.1 mSv) is equal to 10 days of natural background radiation.

At the end of the day, everything is connected, we are all connected

Even our bodies have tiny electrical currents, like nerve signals, such as the biochemical reactions from digestion linked to the brain (for example triggering satiety), and the electric charge in our hearts (that’s why people get ‘electrocardiograms done).

According to the World Health Organization, ELFs influence the human body just a they influence any other material made up of charged particles.

Studies show that short-term exposure to EMFs at the levels present in our environment do not cause detrimental effects. However, exposure to higher levels that might be harmful are restricted by international and national guidelines.

The debate is on whether long-term, low-level exposure can evoke a biological response detrimental to people’s well-being. 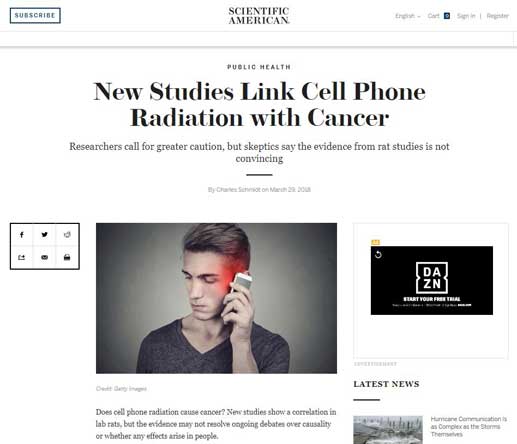 Too much of a good thing might be a bad thing...

According to the American Cancer Society, it has been hard to research the effects of ELF because exposure to ELF is so common, it’s impossible to compare those exposed to those who are not exposed. What they have been trying to do is study people exposed to higher vs lower levels.

Moreover, they also state that it is hard to determine how much ELF radiation someone has been exposed to over a long period of time and there are no tests to measure how much exposure a person has had. As far as they know, ELF radiation does not add up over time.

In my opinion, they just have no clue… and we’re the Guinea pigs.

The International Agency for Research on Cancer (part of the World Health Organization) and the U.S. National Institute of Environmental Health Studies, state that the evidence suggests “weak” health risks posed by ELF but it cannot be recognized as entirely safe either, more studies are needed. 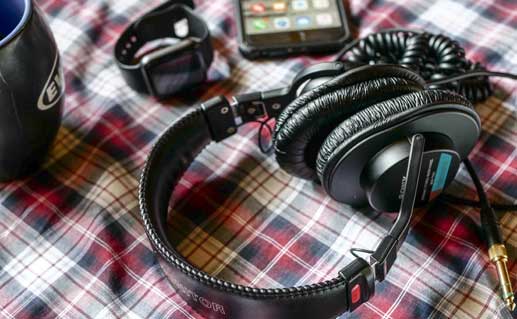 In order to sleep better, try to leave these gadgets outside your bedroom.

We are surrounded by an ever-increasing number of electrical devices and all of them create electromagnetic fields, that is a fact not up for debate

What is up for debate is whether that exposure is a health risk.

EHS is very similar to chemical sensitivities, so common in this day and age. These may include reactions to tobacco smoke, ammonia, formaldehyde, paint, mold and pesticides, etc.

Maybe you have a friend who is sensitive to EMFs. Or maybe you could be suffering from this “new” dis-ease. 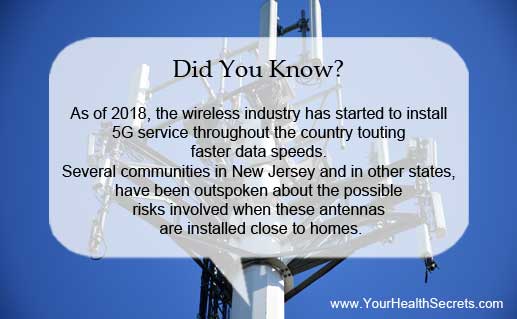 New Jersey residents are speaking up about the possible health hazards of this service.

Wireless safety standards, for example, may not adequately protect the public now. And these standards are not being reviewed because of lack of scientific evidence which in turn is not funded properly because of little perceived public health risk – a dilemma. 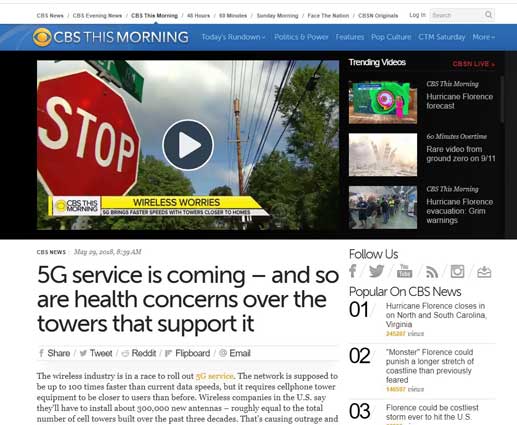 As we have seen, electromagnetism is ever present in our lives. We are in part “civilized” thanks to electricity.

But, how can we protect ourselves from its likely side effects? And how can we sleep better amidst all this radiation?

We are not quite sure how bad it is, so maybe we could take some precautionary steps to minimize possible hazards to our health and in the way, sleep better.

Read on for some options to sleep better.