What no one tells you about VOCs in water

VOCs in water, Volatile Organic Compounds, are chemicals found in our water supply.

They are volatile because they rapidly vaporize when they come into contact with air, and organic because they originate from nature.

However, even though VOCs contain organic chemicals, they are not your idea of something “organic” or “green”.

These chemicals are typically generated from petroleum and gasoline products, plastics, paints, solvents, degreasers and other types of industrial chemicals.

An industrial dinosaur creeping up to scare us! 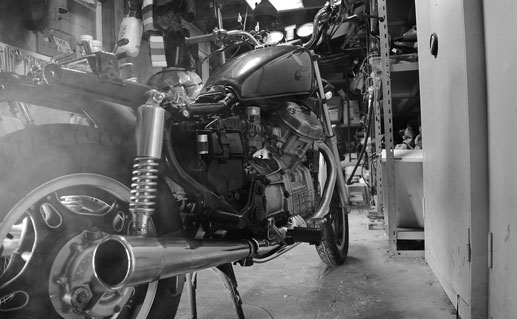 Gasoline by-products produce fumes coming out of exhausts. These fumes dissolve in water.

According to the United States Geological Survey (USGS), VOC’s have been used in the US since the 1940’s, most commonly found in gasoline, diesel, paints, varnishes, cleaners, dyes and adhesives.

Leaking underground gasoline storage tanks are a common source of gasoline that gets leached into our groundwater.

A volatile compound that recently has been highly publicized and is of growing concern in the environment is methyl-tertiary-butyl-ether (MtBE).

The recent publicity of MtBE (although the chemical is not new) is due to various amounts of the chemical discovered in wells and municipal water sources nationwide. 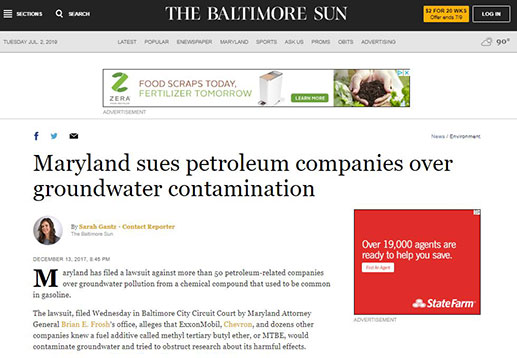 MtBE, a volatile organic compound, used in gasoline to increase its octane performance found in drinking water. It's a known carcinogenic. (The Baltimore Sun, Dec. 13, 2017).

VOC’s are inescapable in our everyday life

The chemical is so readily dissolved in water that it takes less than a teaspoonful of MtBE to contaminate an Olympic-sized swimming pool.

I can give you two examples:

Just think of your favorite spot to get your car washed. Rags with paint thinners and solvents are washed and re-used while your car is washed, and everything is happening right next to the sidewalk. Every little bit is slipping down the road, into the drains and ending up in our water system.

Have you seen drops of gas leak out of exhausts?

Topping off your gas tank, pumping more gas to even out the dollar amount at the pump, makes your gas tank leak excess gas, drop by drop on the road. Then, these drops get carried away to our soil by rain or water, and this water in turn gets deeper into our groundwater system until it reaches our water sources for municipal supply.

Many VOCs are viewed as cancer-causing agents 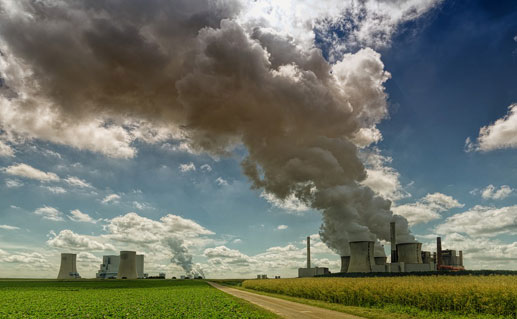 Industry emits enormous amounts of toxic gases and chemical fumes. These are thrown into the air where they dissolve in the atmosphere and then come down in the form of rain.

The USGS also discusses how MtBEs started being used in the late 1970s to boost octane when lead was removed from gasoline. It kept on being used into the 1990s when federal laws required oxygenate content in gasoline to be increased to reduce air pollution.

Sink water filters usually contain this activated carbon to make water safe to not only drink but cook.

VOC’s should also be removed from the water you shower with by using a shower filter, see here.

Another group of VOCs that is very common are THM’s which are covered here.

If you have young children or newborns, it’s critical you earn about the hazards of fluoride in water. Lots of research support the claims that this compound is detrimental to developing brains.

You might also be interested to learn more about drinking water and how we use this precious resource.

Contact us to learn more about water filtration and purification and to ask any questions.